No, this isn't becoming a religious blog. I'm taking a religions class this semester, which followed hot on the heels of a history class on civilizations before 1500 AD.

I have given this issue a lot of thought for the last several weeks, starting in the history class I took prior to this one re: history before 1500 AD. I have come to believe that most, if not all, of the monotheistic religions all share the same God. However with any event there are always varying views on what happened and why. Men (and women) throughout history have taken the word of God and have interpreted it in their own way and some of the more prolific of those men determined how best to worship God and fathered different religions. Each religion then had its own customs, ways of worship and eventually sacred texts based on the interpretations of their founding fathers.

Yesterday I had an interesting discussion with Elizabeth about Jesus' role in this. She believes that God planned to send Jesus to Earth from the beginning. I suggest that God was so disappointed to see that his children were killing each other, in his name, because of their interpretations of his words and deeds that he sent Jesus to Earth to try to give us back some direction. Sadly Jesus failed to bring the faiths together in God's name and fathered his own religion, Christianity, which further fractured into tens of thousands of different sects. Not to say that Christ didn't do as he planned and forgave us our sins, but I think that was part of a larger message that was largely lost on man.

It is unfortunate perhaps that the Jews are held responsible for the death of Christ (despite his death being part of his mission and even though Christ was a Jew) and that one of their member is also accused of trying to kill the Islam prophet, Muhammad; which poisoning is connected to his eventual death. The Jews also reportedly openly ridiculed the notion that Muhammad was the Messiah, despite the fact that he never claimed to be, and then tried to kill him. Couple that with the certainty each religion has that they are "right" and that Judaism predates Islam by a very long time; to the Jews, Islams likely appear to be an upstart religion.

I fear that God weeps to see the atrocities men have done throughout time in his name.
Posted by Unknown at 8:37 PM No comments:

This is an excerpt from a recent paper. I didn't post all of it because it refers to a document I reviewed and wouldn't make a lot of sense without it as well. And it's dry dry dry!

The thought occurred to me as I read about Christianity that it’s much like cookie dough. Anyone who has made cookies knows that the same basic ingredients are used for most types of cookies; flour, sugar and eggs. What makes each cookie unique are the additional ingredients added to the batter; things like nuts, fruits or chocolate chips. As mentioned above, each of the thousands of denominations agree on the same basic tenants, yet there are wide divisions between them. Perhaps it is fitting that a religion that hinges upon the belief in one man would then be fractured by the interpretations of other lone men throughout history.
Posted by Unknown at 2:32 PM No comments:

Email ThisBlogThis!Share to TwitterShare to FacebookShare to Pinterest
Tags: school 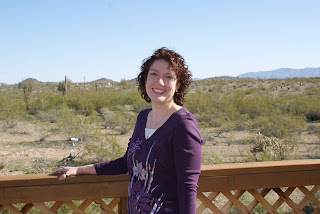 Gasp! I have a follower! Somebody likes me!

Yikes, I suppose I'll have to start posting a bit more then huh?
I'm thinking of starting a new blog... one that no one knows about called Wendy RANTS and that doesn't try to take such a positive outlook. I anticipate most posts will look like this...
AAAAAAAAAARRRRRRRRRGGGGGGGGGHHHHHHHHHHHH!!!!!!!!!! RAWR RAWR RAWR!!!!! :)
Posted by Unknown at 4:41 PM No comments:

What I Blog About...

Keeping Up with the Pickles